I’m not a Bernie Sanders guy. It’s not that I don’t like Bernie. I like him a lot. He’s refreshingly unrefined and seems to be speaking my language on a lot of issues. Although I think it’s highly unlikely that it happens, I’m passionately rooting for him to win the nomination over current Democratic front-runner and political robot Hilary Clinton.

That being said, I tend to subscribe to the Bill Maher notion of political allegiance, of being loyal to political ideals, not political people. Although I haven’t done much research on Bernie to know how closely he does or does not align with my own personal political convictions, the research that I have done through my uber-commie news networks tells me to be skeptical. Although Bernie embraces the label of socialist, which is a big deal, he is still running as a cog of the Democratic, and consequently capitalistic, machine.

But as a guy who has a lot of socialist sympathies, I love that Bernie is in this race. Even if he’s not a dream candidate for the reddest of socialists, Bernie has presented socialism with a tremendous opportunity, a chance to make its case to the American people, to gain some mainstream understanding, and hopefully acceptance.

If my history is correct, this is the first time socialism has had such an opportunity in nearly a century, at least since 1918 when perennial presidential candidate Eugene Debs was tossed in the slammer for speaking out against U.S. participation in WWI. Shortly thereafter, the brutal brand of communism established by Joseph Stalin and the ensuing decades-long Cold War that followed transformed the idea of communism, and consequently socialism, into a four-letter word here in the United States, a word unfit for serious political discourse.

This legacy remains in American politics today. The word “socialism” is loaded with negative assumptions. With the way that some politicians use it, you would think that it was some sort of fucked-up brand of Orwellian autocracy, coined to describe a dystopian future where we all sport one-piece gray jumpsuits, eat flavorless rations, and work menial jobs maintaining the King Obama estate.

The fact that this remains the state of conversation about socialism in many corners of this country is both unintellectual and unfair. You can disagree with socialist principles and ideas, but first you have to acknowledge what those ideas actually are.

Ironically, the United States already has a quasi-socialistic society. Anything provided by the government and paid for with tax dollars is, in essence, socialism. Americans, for the most part, love these things—things like Medicare and Medicaid, minimum wages and 40-hour workweeks, public education, roads, parks, and bridges—things that an unregulated capitalistic market does not and cannot provide.

There are also many other ideas that, while socialistic in nature, are nowhere close to evil, nor even all that radical. The idea that the minimum wage should be a livable wage, or in other words, that your full-time job should pay the rent and put food on the table, is a great example of socialist thinking. Another is the idea that healthcare should not be a commodity to be purchased, but a human right that all people deserve access to, regardless of how much money they make. One more is the idea that vital things like schools, hospitals, and banks should not be businesses established to create profits, but collectively-owned institutions established to provide essential services to human beings who need them.

Many Americans also associate socialism with big government. This is partially true considering that certain human rights need to be enforced on a national level. Discrimination based on race, gender, or sexual orientation should not be tolerated no matter what city or state you call home. But many socialists also advocate for increased authority at the state and local level, a notion that many states-rights republicans can probably identify with. It makes sense, after all, that the aforementioned schools, hospitals, and banks would be better run by the communities that they serve as opposed to some distant federal government. What is more, even if government has proven time and time again that it has an uncanny ability to mix inefficiency and incompetence, I’ll take the democratically elected leaders over the conquering corporate elites any day.

A trend towards socialism would also by definition mean a willingness to depart with capitalism. Just like socialism still exists in a capitalist America, capitalism would still exist in a more socialist America, but to a much lesser degree. Competition and profit-based motives do undoubtedly have power to inspire innovation and create economic prosperity, but they also cause people to do a lot of harm to one another, and that’s a trade-off that most forms of socialism will not accept. 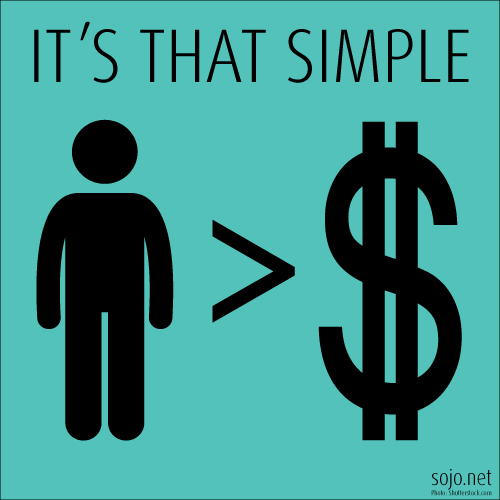 I don’t know if the United States is realistically ready for such a dramatic shift in paradigm, but I do think that we are ready to talk about it.  Socialism deserves to be treated as the viable belief set that it indeed is. It deserves a voice in American politics, in the discourse that drives decision-making in this country and in the world. I’m not convinced that Bernie Sanders is that voice, but even if he’s not, maybe he will lend voice to those who are.

2 thoughts on “The case for some socialism”