Republicans’ recent refusal to even consider, let alone confirm, veteran appeals court judge and current Supreme Court nominee Merrick Garland, has got to be one of the more egregious anti-Obama obstructionist tactics that we have seen from Republicans throughout Obama’s presidency. Fortunately, this time, most Americans are not buying Republicans’ bullshit arguments surrounding the imaginary rules governing lame-duck nominations, nor their feigned populist desires to give voters a voice in filling that vacancy. And while I am usually disgusted by the unprincipled partisan maneuvering practiced by both parties in Washington politics, I must admit that I have thoroughly enjoyed watching Obama’s superior prowess in this game of political chess, particularly the extra schadenfreude it has bestowed upon those of us relishing the Donald Trump-led self-immolation of the Republican Party. Obama has demonstrated a strategic savvy, shown by his selection of the perfect nominee given the political situation at hand, and if he continues to play it right, Republican obstructionist efforts are destined to fail.

Obama’s choice of renowned moderate Merrick Garland has not earned him much praise within liberal circles. Unlike Obama’s previous nominees, a Garland confirmation would do nothing to address the historic heterogeneity among most Supreme Court justices. What is more, aside from his white-maleness, Garland also has a record that suggests he is less than liberal on some important legal issues. In 2003, for example, Garland and two Republican-appointed judges sided with the Bush administration in declaring that the courts had no jurisdiction to hear claims of wrongful imprisonment brought by Guantanamo detainees. Ain’t nothing liberal about that.

And what we do know about Garland pales in comparison to what we don’t. As a sitting judge on the U.S. Court of Appeals, the nature of the cases on which Garland has ruled is quite limited. That means that we know little-to-nothing about where Garland may or may not stand on hot-button judicial issues such as abortion, gay rights, the death penalty, or affirmative action.

This is what makes Merrick Garland the perfect Obama nominee. He is as unideological as they come, whose merits for the Court go no further than his reputation as a hardworking, dedicated judge with a steadfast commitment to legal principal.

Of course Republicans have manufactured things to bitch about. Aside from their aforementioned abhorrence that Obama would nominate a Supreme Court justice with only ten months to go in his presidency, conservative channels have also attempted to purport Garland as an anti-gun activist, a claim that is exhibited by the doomsday propaganda seen here:

To be fair, Garland may very well be staunchly anti-second amendment. He may also prove to be one of its most valiant defenders. But according to people who know the legal system, and who know Garland, right now, we do not know.  There exists no conclusive evidence, or any evidence for that matter, that could be used to derive such conclusions.

And while the above ad cites the New York Times accurate claim that a Garland appointment would “create the most liberal Supreme Court in 50 years,” this should hardly come as a surprise. I mean, c’mon, he would be replacing Antonin-fucking-Scalia, the guy who once said that black students should go to slower schools and has perhaps done more than any other American over the last three decades to help the U.S. maintain its place as a worldwide leader in state-sponsored executions. My racist uncle could fill the vacancy and the Court would still take a significant step towards liberalism. 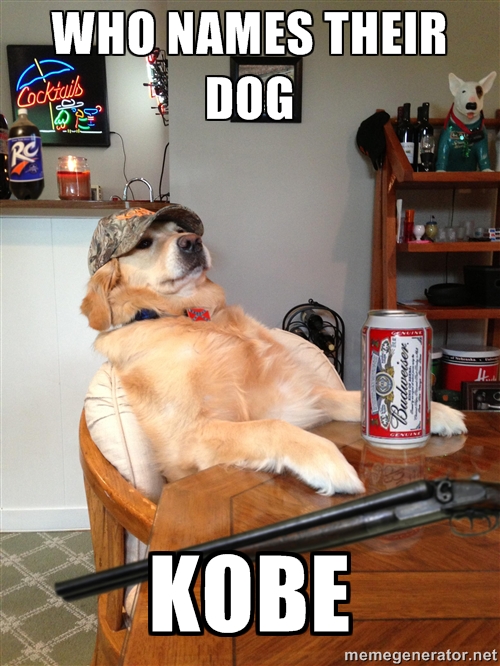 But the genius in the Garland nomination once again surfaces here. Obama anticipated Republican resistance. That’s why he nominated someone who had already received their approval. One week prior to Obama’s announcement, Republican Senator Orrin Hatch was quoted as saying that:

“The president told me several times he’s going to name a moderate, but I don’t believe him. He could easily name Merrick Garland, who is a fine man. He probably won’t do that because this appointment is about the election. So I’m pretty sure he’ll name someone the [liberal Democratic base] wants.”

Senator Amy Klobuchar, who admittedly is a Democrat, has also publicly stated that during the confirmation proceedings of Supreme Court nominees Elena Kagan and Sonia Sotomayor, many Republicans had told her that they would have supported the president if he had selected Judge Garland instead. Such comments would lead one to think that Republicans would have enthusiastically rubber stamped Garland at the first opportunity before Obama reconsidered and nominated a tyrannical socialist more like himself. But as we have seen over the last seven years, if Obama is for it, Republicans have to be against it. 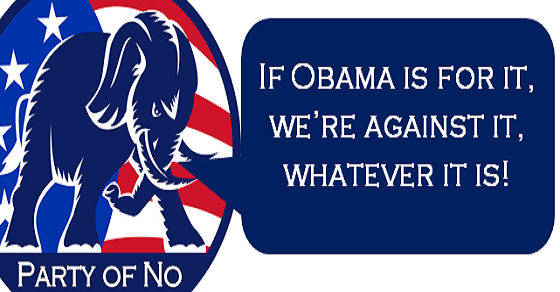 The unpopularity of this obvious obstructionism, and the fact that it is an election year, has many Senate Republicans already back-peddling. And despite potential repercussions from the party powers that be, many Republicans have begun to shift their stances, saying that they are at least open to a hearing. Republican Senator Susan Collins of Maine has even noted that if the Republican obstructionist strategy works, but Republicans fail to capture the White House in November, the strategy could backfire. Senate Republicans may be faced with a Hilary Clinton nominee that is potentially much more liberal than the moderate Garland.

And this is where Obama should go for the jugular.

The moderate nominee was a good start. Republicans look like the hypocritical idiots that they indeed are. Now get them to double-down on that idiocy.

Say what Susan Collins is saying, only not as a possibility, but as a threat. Throw the language out there that if Republicans are serious about “the people” choosing the nominator of the next Supreme Court justice, than Republicans better be ready to confirm who ever that nominator damn well pleases. If Republicans aren’t serious about that, than they can stop with the charades now and give Merrick Garland the fair hearing that he deserves tomorrow. But if they want to play games, make those games high stakes.

Republicans started this, and now Obama should finish it. He should use their own rhetoric and reasoning to back them into a political corner—to force them to either acknowledge their own inauthenticity, or to accept the potential consequences of their ostensibly democratic agenda. There is a risk that Republicans get their collective shit together and somehow win the general election, but that outcome is unlikely and Republicans know it.

So make them play hardball. Give them an Obama ultimatum. For Democrats, it’s a win-win. Either they get their moderate judge now, and the most liberal Supreme Court in 50 years along with him, or they get an even more liberal Supreme Court later, when Hilary inevitably (hopefully) wins. There will undoubtedly be resistance, as Republicans seek to distort and obscure the terms this proposed proposition entailed. But if Obama makes those terms clear now, and Republicans don’t blink, it will make it very hard for them to deny those terms later, at least, that is, if they wish to hang on to whatever shreds of credibility their party has left.