Some people on the left are a little too righteous. They are holier-than-thou, overly sensitive, and speak with a political correctness that is as nauseating as it is pretentious. In the past, I’ve written about my support for those who are trying to take back the left and redefine what it means to fight for liberal values like free expression and human rights in the 21st century. In feminist circles, this attempted take-back is perfectly exemplified by the work that Christina Hoff Sommers is doing in her quest for what she calls “factual feminism.”

Christina Hoff Sommers identifies as a feminist. She regularly cites her support for the second wave feminism of the 60s and 70s that took on male chauvinism in the workplace and in the home, and won women unprecedented control over their own bodies via legal protections for their reproductive rights. But where Hoff Sommers differs from many of the feminists of today is not over what feminism was, but over her belief about what feminism has since become.

Hoff Sommers believes that modern day feminism is built on a collection of myths that over-exaggerate the ‘oppressed’ state of women in today’s world. She believes that leading feminists, particularly on university campuses, are instilling in young women a victimhood mentality, confusing them on what misogyny actually looks like and convincing them that they are victims of injustices that do not actually exist. She believes that things like the ‘wage gap’ and the ‘glass ceiling’ are feminist farces explained not by patriarchy but by natural, biological differences that exist between the sexes and the influences that those differences have on the lives that men and women freely choose to lead. She also believes that all of this has led to an unhealthy hatred of men and boys and a neglect of the unique problems that they experience in world.

I appreciate what Christina Hoff Sommers is trying to do. In thinking about people who have challenged my worldview, she has got to be one of the more thought-provoking voices that I have recently encountered. Her factual feminism makes worthy critiques of “trigger warnings” and “safe spaces,” “privilege checking” and “micro-aggressions.” However, after a long personal marination on the merits of her arguments, when it comes to the larger questions that she poses about the validity of modern day feminism, I’m still a skeptic of much of her skepticism.

Hoff Sommers beef with feminism stems from a divide in the feminist field that dates back to the arrival of feminism’s third wave in the mid 1990s. This divide created two distinct branches of feminism—“equity feminism” and “gender feminism.” Hoff Sommers is the first one (although some have described her as more of a “libertarian feminist”). This means that she believes in equality of rights between men and women as well as equality of economic and social opportunity. However, when that equality of opportunity fails to translate into equality of results, Hoff Sommers hesitates to point her finger at the patriarchy. That’s because, in her mind, inequality does not necessarily indicate injustice. 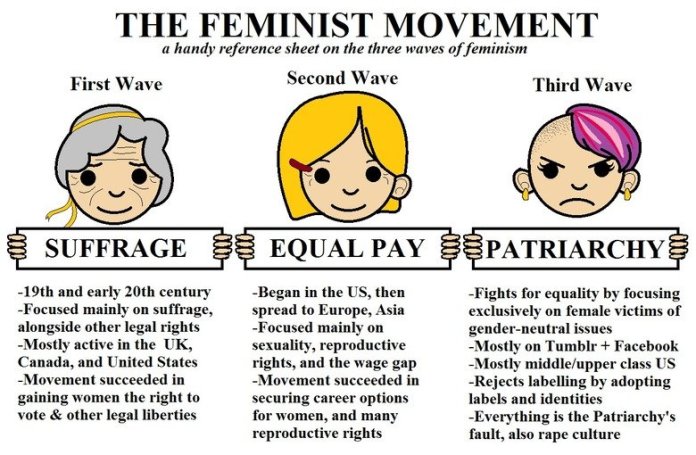 Men and women are different, and different is okay. It’s okay when competitive boys choose to play football and cooperative girls choose to be cheerleaders. It’s okay when risk-taking men choose to work dangerous jobs while nurturing women choose to keep the home and raise the children. And if these choices result in working men, on average, earning more money than working women, or men being more likely to ascend to leadership positions in businesses and government, that’s okay too. This does not mean that societal gender roles are prescribed. There will always be men and women who buck the proverbial trend, and they are and should be free to do so. However, we shouldn’t be surprised when, more often than not, those trends are widely followed.

Biology does help to explain certain social phenomena. Perhaps evolutionary biology, for example, could help to explain why men are often seen as more independent and aggressive whereas women are viewed to be compassionate and nurturing. It does make some sense that these traits could have “evolved” in men and women after millennia of hunting and gathering, where men possessed the superior biological tools for capturing and killing animals and women the only biological tools for birthing and feeding babies. This example could also provide some insight into the evolution of the idea of men as “breadwinners” and women as “housekeepers.” Before the invention of agriculture, these roles were essentially required in order to create a nuclear family.

Which is why I find myself questioning a lot of the arguments posed by Hoff Sommers and other like-minded thinkers. Women’s rights have come a long way, but the (socially constructed) patriarchy is still very much alive. Be it objectification, domestic abuse, and sexual violence at home, or forced coverings, arranged marriages, and female genital mutilation abroad, victimhood is not just a mentality for many women—it’s a reality.

What is more, much of Hoff Sommers’ “myth-busting” doesn’t hold water. Her attempted discrediting of the gender wage gap is a good example. The gender wage gap is a statistic that suggests that the average working woman in the United States earns about $0.79 compared to every $1.00 earned by the average working man. Hoff Sommers argues that this statistic is misleading because while it seems to indicate blatant systemic discrimination against women, deeper digging reveals the truth to be more complicated. Women are not being paid lower wages than men for doing more or less the same work—they are just doing different work. What this stat really shows, in Hoff Sommers’ opinion, is that women choose different professions, different fields of study, and oftentimes work different schedules due in part to the unique demands of pregnancy and motherhood.

What’s not clear to me is the why—why do women make these choices? Why do women so often choose to be the secretary in a male-dominated office? Why do women so often choose to stay home with the children when a man could easily do the same? Hoff Sommers would argue that these choices are due to biology—measurable differences in the brains and bodies of women that help to explain their unique preferences. Gender feminists, on the other hand, would argue that they are the result of social constructs—societal expectations placed upon women that influence them both directly and indirectly to make the career choices that they ultimately make.

And I tend to agree with the gender feminists. It’s not that there is anything wrong with being a secretary or a stay-at-home mom. A secretary is an incredibly important person in most offices and who better to raise a kid than their own loving mother. What is wrong is when women take these roles not because they want to, but because they feel like they’re supposed to—like it is their place as a woman to serve the man and keep his home or like they are incapable of doing jobs more often occupied by their male superiors. And even though there are endless examples of strong, independent women currently occupying positions of power and prestige, I think that anybody who pays even the slightest attention to the world around them could admit that we as a society still send some pretty strong messages to boys and girls about what they are supposed to be.

It’s also important to note that feminism is not just for girls. For every girl that likes to play football, solve math problems, and get buzz cuts, there is a boy who likes to read love stories, carry a purse, and cry. Feminism is also for any person who identifies as anything other than heterosexual or cisgender. Feminism is about people being able to fully be the unique human being that they are in spite of whatever gender roles society attempts to ascribe upon them. By the way, this also means that if a young girl happens to like pink, pretty dresses, and Barbie dolls, she should not be labeled as a victim of the patriarchy. Feminism should be for her too.

Hoff Sommers’ voice deserves inclusion in feminist conversations. She’s a conservative intellectual that, if nothing else, certainly helps to counterbalance the extremist tendencies of some feminists on the far left and give interested people like myself something to think about. But when it comes to her attempt to dispel feminist myths and rein in the regressive elements of modern day feminism, I think that at the end of day, she is the one who sounds like the regressive. 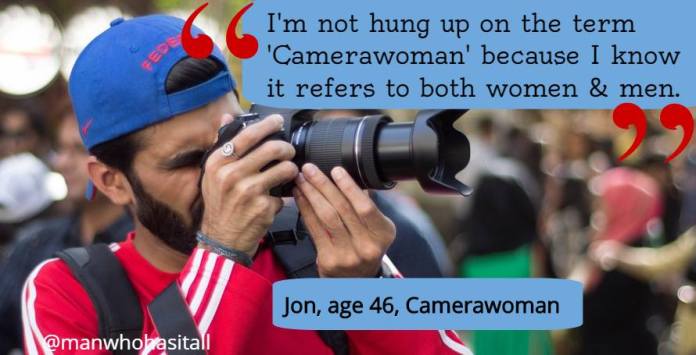