I just recently finished binge watching the first five episodes of HBO’s new series “The Night Of,” a riveting story about an American-born Pakistani who finds himself wrapped up in a murder case in which he is the lead suspect. If you’re not watching this series, you should be. It’s fucking great, not only for its story-telling, but for some of the HBO-esque social commentary it makes in its portrayal of things like our criminal “justice” system, prison culture, and life in America as a Muslim.

That’s why I was surprised to find this article as I scoured the web for some write-ups regarding the show’s most recent developments. As the title suggests, NY Daily News writer, Katherine Pushkar, has some beef with the show’s portrayal of black people, specifically, the array of harmful racial stereotypes that she believes the show reinforces. She’s got some solid evidence to back up her point.

The vast majority of the black actors in “The Night Of” do indeed portray characters that are not cast in a particularly positive light.   As Pushkar points out, most of them play inmates, some of them play “beat” cops—albeit none central to the main storyline—and those who remain play supporting roles to white defense attorney John Stone, serving more to establish Stone’s “idiosyncratic” character than their own. But what seems to have pushed Pushkar over the edge was the multiple appearances of a “big black dick” on a deceased black body during a scene in the series’ most recent episode—a scene that she describes as either “willfully or provocatively obtuse.”

I get where Pushkar is coming from. American television has a rich history of promoting harmful racial stereotypes that do real social damage. People from my generation and older all grew up watching cartoons with cringe-worthy portrayals of people of color, and my own guilty pleasure of professional wrestling still comes to mind when I think of TV shows that typecast non-white people as characters that will match the shade of their skin. Both TV and Hollywood also have a rich history of casting people of color to play supporting roles to white protagonists, even when the story is supposed to be about the people from that more colorful group. Whether its Abraham Lincoln emancipating the slaves, Kevin Costner dancing with wolves, Michelle Pfeiffer teaching dangerous minds, or a Marine-operated Avatar helping to save an alien, humanoid tribe, stories that are ostensibly about the liberation, empowerment, and/or struggle of a particular non-white ethnic group are constantly being undermined by the subliminal message that those groups needed a white savior to lead the way.

But to me, HBO’s “The Night Of” feels different than the examples mentioned above. The series does reinforce certain harmful stereotypes about black people—that they live in ghettos, that they commit crimes, that they go to prison…However, while those stereotypes may indeed be harmful, they are also mostly true.

Please do not misinterpret what I am trying to say here. I am not trying to say that black people are somehow genetically predisposed to lack 21st century job skills or participate in violent criminal behavior. What I am trying to say, however, is that the history and prevalence of systemic racism in our country has created a society in which black people are much more likely to be poor and are much more likely to go to prison, not because of any inherent ineptitude, but because of major race-based societal inequities that have never been addressed. 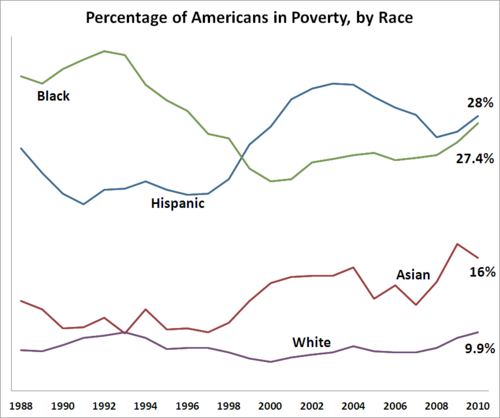 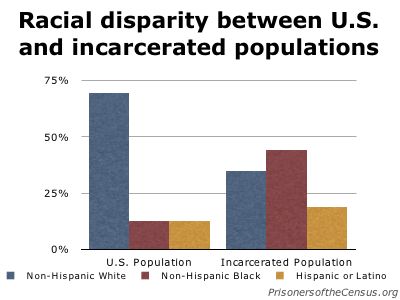 Also, while the show does allocate much of its social commentary to other American-born social illnesses like Islamophobia and our broken criminal justice system, racism does takes some direct hits as well. I specifically recall one courtroom scene where a black man, having just received a less-than lenient sentence, incredulously asks the judge why he can’t receive a ruling similar to the white Jewish guy that preceded him. “You want Jew time? Do a Jew crime!” responds the judge matter-of-factly, following it up with a deliberate, “Next.”

To any viewer paying attention, that “next” should help to explain the increased level of melanin present at Riker’s Island, and the relative lack of criminals whose collars would be far from the whitest thing about them. Perhaps not all viewers are thinking about these sorts of things while watching the show, but HBO has never been one to dumb it down. They leave that to network television.

Could the show have casted a black protagonist, or at the very least, a black judge or a black lawyer? Sure. I don’t see why not. There are, after all, black people occupying all sorts of positions of power and prestige in every corner of the country. But if you do it just to do it, what message are you really sending? Will casting a black judge reverse the racial bias inherent in our criminal justice system? Would the sprinkling in of more white inmates do anything to change the real-life racial imbalance at Riker’s and other urban detention centers? I think not, but perhaps the truth could.

The truth hurts. The truth sucks. But if we don’t know the truth, how are we supposed to act on it? Obscuring the truth only serves to postpone the problem—to infuse us with a false of sense of hope that we as a nation are making more progress towards racial equity than we actually are. “The Night Of” may reinforce harmful racial stereotypes, but it does so in the interest of confronting them—showing us the reality and hoping that it bothers us. I appreciate Pushkar’s sensitivity to things that are racially insensitive and her attempt to hold the makers of the show accountable. But in my opinion, she should be less concerned with whatever stereotypes “The Night Of” may be reinforcing and more concerned with the reality that they reflect. And as for “the big black dick” thing, I just saw a penis—a rare instance where, in my guilty, white, race-conscious mind, skin color didn’t even really occur to me. We don’t have to racialize everything, even if everything already is.

Yes, that is Michael K. Williams who played Omar from “The Wire” (which should alone be enough of a reason to watch this show), and yes, he is once again portraying a ruthless, violent criminal…