Let me start with what this write up is not. This is a not a whiney appeal from a sulking liberal about the unfair results of the November election. Yes, the electoral college is imperfect. Yes, Hillary Clinton won the popular vote. But Hillary Clinton never had any illusions about the electoral system in which she was competing. She knew what she had to do to win the election and she didn’t do it. No excuses.

The alleged Russian meddling, if or when it is confirmed to be true, is a different story. If Russian actions did indeed swing the election for Donald Trump, that would throw into question the legitimacy of his upcoming presidency. That said, no smart person that I’m aware of is really making that claim, and even if they were, I’m not sure that an electoral “do over” would be very plausible at this point. What is more, if that claim were somehow proved to be true, it still must be remembered that the alleged Russian hack was not a manipulation of numbers or votes, but a release of information that was harmful to Clinton—illegally obtained information, but information nonetheless—that Americans then used to make their decisions to cast their votes for candidates that were not her.

As much as it displeases me to say so, I do believe that Donald Trump won the presidential election fairly and democratically—fairly in the sense that Trump played by the rules that we as a country have set for choosing a president, and democratically in the sense that the American population chose Donald Trump, no matter how misguided I and many others believe that choice to have been. And while I am ready to accept the results of this election, I also hope that in the aftermath of possibly the ugliest presidential election in history, there will be some impetus for reform to help us avoid recreating the scandal-ridden, intellectually void, mudslinging shitshow that was the election of 2016.

Some would say that doing away with the electoral college is the simple solution to that conundrum, but I’m not so sure. For one, although I do not consider myself a fan of the electoral college, I do think that it has some benefits. It prevents presidential campaigns from being run on the coasts, and keeps with our system of federalism in which the voices of semi-sovereign states are supposed to be a bit augmented. The electoral college may be undemocratic, but it is undemocratic by design. Founding fathers like Alexander Hamilton created the electoral college based on the belief that the people alone cannot be trusted to elect the nation’s most important governmental leader. That is why each state has a group of electors—to create a barrier between the presidency and the people, so that if/when the people do something stupid, the electors will be in place to prevent that stupidity from infecting the entire executive branch. (Ironically, Hamilton’s plan seems to have backfired a bit with the election of Donald Trump…)

Would have the absence of an electoral college meant a Clinton victory in 2016?   The popular vote seems to suggest so, but if that had been the case, the two candidates would have been running very different campaigns with different speeches and strategies likely leading to different results. What is more, while no electoral college would have meant that the most “popular” candidate would have won the election, it would have done little to solve the problem of how we ended up with what were perhaps the two least popular presidential candidates ever in the first place. 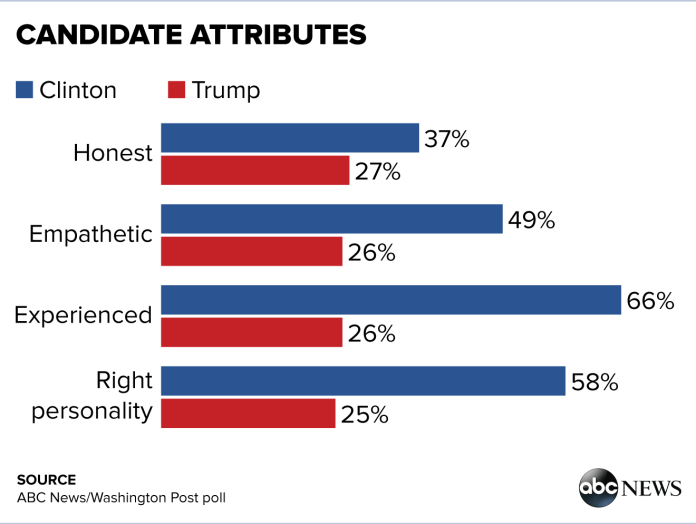 Which is why I believe that the major reform needed with our presidential elections is not the disposal of the electoral college, but the dismantling of the rules that perpetuate two-party dominance.

Donald Trump and Hillary Clinton were historically unpopular, yet most voters still perceived these two candidates to be their only real options when it came to choosing a president. In a way, they were right. While most election ballots list far more than two candidates for the office of president, voters know that a vote for anyone that does not have an (R) or a (D) next to their name is essentially a vote “wasted.” Gary Johnson and Jill Stein may have had appealing messages, but neither had a realistic opportunity to win the election. A vote for one of them may have fulfilled its function if it was meant to be a vote of dissent, but it did nothing to improve the odds of either of those candidates actually becoming president. What is more, a significant amount of votes for a third party candidate may actually have an adverse effect on the true wishes of voters. If a significant amount of liberals vote for a candidate they perceive to be more progressive than Clinton (i.e. Jill Stein), those “lost” votes could swing the election to Trump in a tight race. This is almost certainly what happened to Al Gore in 2000, and possibly what actually did happen to Clinton in 2016, with third party votes for Stein and Johnson significantly exceeding the margin of victory for Trump in crucial states like Florida, Pennsylvania, Michigan, and Wisconsin. This is why so many voters find themselves facing a choice between the “lesser of two evils,” and why so many people who choose to “vote their conscience” face accusations of electing the opposition. 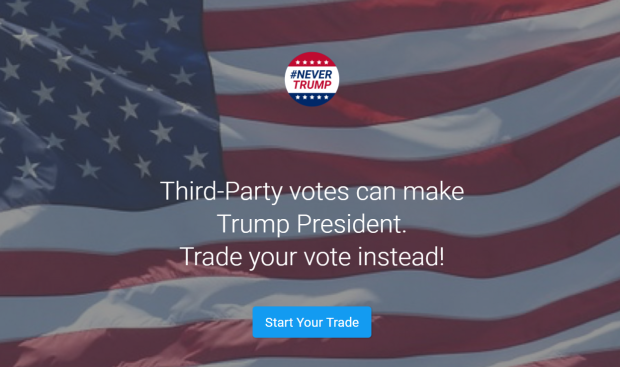 But while some choose to blame the voters, I blame the system—a system that treats pluralities like majorities, that reinforces the dysfunctional status quo of the two-party system, that misrepresents the will of its voters, and that fails to provide an avenue for the authentic expression of voter voice. I don’t think that there is a simple solution to the problems that plague U.S. elections and U.S. politics in general, but I do think there are plausible steps that we can take towards creating more representative, democratic presidential elections. One of those steps would be the implementation of instant runoff voting.

In an instant runoff election, voters do not choose one candidate, but instead rank the available candidates (or as many of them as they should choose) from first to last, first being the most desirable candidate and last being the least. Ballots are counted in a series of rounds. In the first round, only the first choice of each voter is counted. If that round were to produce a majority winner (a candidate with more than 50% of the vote), than the election would be deemed over with that candidate being declared the winner, just like the election system we use now. However, if that first round of counting failed to produce a majority winner, the counting would proceed to a second round.

In that second round, the candidate from the first round that received the least amount of votes would be eliminated. Let’s assume that, for the 2016 presidential election, that candidate would have been Jill Stein. All voters who had casted a ballot for Jill Stein as their first choice would then have their ballots added to the tally of the candidate that they listed as their second choice. The ballots would then be recounted to see if any candidate had reached a majority. If a majority were reached, then that candidate would be declared the winner. If the tally still failed to produce a majority, then the process would continue until one candidate had earned more than 50% of the ballots.

This system has the potential to address several problems we have with presidential elections in the United States. It would eliminate the spoiler effect, as votes for Ralph Nader, Gary Johnson, Ross Perot, or Mickey Mouse would no longer divide the liberal or conservative vote. Subsequently, it would also eliminate the pressure to choose between the “lesser of two evils.” One of those two “evils” would still very likely win most elections, but if the system worked as it should, it would at least always be the “evil” that voters had deemed “lesser.” In this sense, voters would never need to worry about “wasting” their vote on a third party candidate, and could comfortably cast their ballot of dissent in the solace that, should their first choice not receive the votes necessary to win, their ballot would go to support the most preferential candidate that remained.

Perhaps most importantly, instant runoff voting could help to erode the dominance of the two major political parties, and the nasty brand of party-first politics that has emerged in recent decades. The partisan politics being practiced right now in this country are absolutely disgusting. From Congressional refusal to even hold a hearing for a Supreme Court nominee, to the DNC’s attempted rigging of the Democratic nomination, to the vomit worthy response of Republicans regarding the public dispute over Russia between Obama and Trump, there is no shortage of examples to illustrate the complete and total dysfunction that characterizes relations between Democrats and Republicans, and even relations between fellow members of each of the respective parties. What more evidence do we need that the two-party system is broken? What more evidence do we need that way too many politicians in Washington put the good of their party over the good of their country?

Instant runoff voting would not eliminate partisanship, but the added legitimacy that it would lend to third parties could help to alleviate it. Added voices and perspectives in public debates would force both Republicans and Democrats to take more nuanced positions on issues and erode the oversimplified black-and-white, for-or-against, this-or-that, us-and-them, split-screen dialogue that has defined political discussion in this country for as long as I can remember. Issues are more complicated than that, and that fact should be reflected in our democratic process.