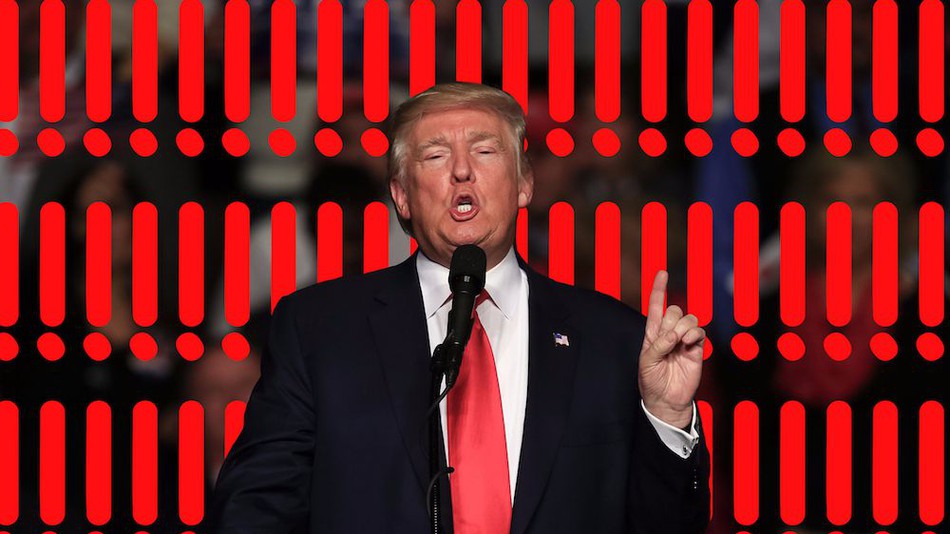 I don’t support the death penalty.  I believe that there’s something to living in a country that stakes its claim to a higher moral ground—that doesn’t subscribe to an outdated, eye-for-an-eye philosophy and refuses to treat even its most despicable citizens with the same inhumanity with which they treated others.

That said, I’m not vehemently opposed to it either.  Life-in-prison sentences cost a lot of public money, and we could probably find better uses for that money than caring for convicted murders (although some studies do suggest that capital punishment is actually more expensive than keeping somebody in prison for life).  Also, while it’s easy to take the moral high ground as a detached, objective observer, I’m not so sure that I could maintain that ideological purity if a capital punishment-worthy crime were to touch me more personally.

Which is why I’m not offended when Donald Trump expresses his desire that the man responsible for the recent Manhattan truck attack be put to death.  This guy is a monster of the worst kind.  He brutally murdered eight strangers, has admitted to his crimes and their premeditation, and has even expressed a sense of accomplishment from the results of his deadly actions.  If there was ever a person who was deserving of the death penalty, this guy is that person.

But like a lot of disagreements that I have with our president, it’s not always so much about what he says, but the way that he says it.

Donald Trump could have simply stated his hope that this man is prosecuted to the full extent of the law, and that he receives the harshest form of punishment available under our criminal justice system.  He might have even mentioned that, in a case like this one, capital punishment seems like an appropriate response.  But Donald Trump didn’t do that.  Instead, Donald Trump used his Twitter account to call for the man’s head in all CAPITAL LETTERS. 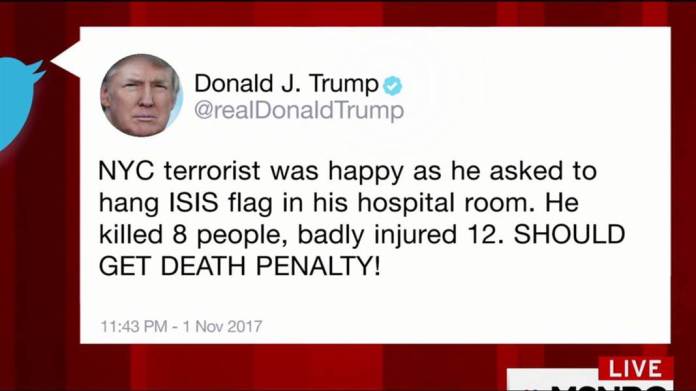 This is why I can never get behind Donald Trump.  In a world with so many shades of grey—so many issues in which nuance and complexities hugely matter—Donald Trump has chosen a platform of black or white.  He’s chosen exaggerations, simplifications, and generalizations over any position that would require more than an ounce of intellect.  Everything is the “best” or the “biggest” or the “most” or the “greatest”.  I guess that’s acceptable if you’re Joe Blow by the water-cooler (who coincidentally voted for Trump), but when you’re President of the United States, it’s inexcusable.

Take the national anthem protests by NFL athletes—an issue in which there is all kinds of nuance to be had. Do you support the players right to free expression while questioning the effectiveness of their use of that freedom?  Do you challenge their indictment of American police while also recognizing the reasons that people of color might feel differently? Do you distinguish between sitting down and taking a knee, and the conscientious shift made by Colin Kaepernick following a conversation with a former Green Beret?  Not if you’re Donald Trump.  If you’re Donald Trump, you just scream for owners to FIRE those sons of bitches that are disrespecting OUR HERITAGE, never pausing to consider the fact that the heritage experienced by the “our” in your almost-all white audience may be a little bit different than the heritage experienced by “those” players peacefully kneeling on the field.

Which begs the question: Is this the authentic Donald Trump, or is it all part of an elaborate strategy?  Does Donald Trump really believe the hyperbolic bullshit that comes out of his own mouth, or is he just throwing out red meat to a certain sector of his base in order to secure their support?  Either way, the answer is unsettling.

In Trump’s defense, the criticisms levied against him haven’t always been all that nuanced either.  It’s become waaaay too easy, hip, and cool to hate Donald Trump in certain circles, and while I can’t say that I’m unhappy with peoples’ lack of satisfaction towards our president, I’m also not all that impressed with the casual tossing around of terms like “racist,” “fascist,” and “white supremacist” from people who seem to be echoing the opinions of others rather than carefully and critically forming their own.

The solution to Trump cannot be to fight fire-with-fire, or to fight the outrageous with the absurd.  That response does no more for civil discourse than the state-sponsored execution of murderers does for curbing violent crime.  The only way to fight the CAPS LOCK president is to disable that function on our own keyboards, type with complete sentences, and insist on saying things that reflect the complicated reality in which we actually live, not the distorted dystopia that the demagogue in the White House likes to portray.