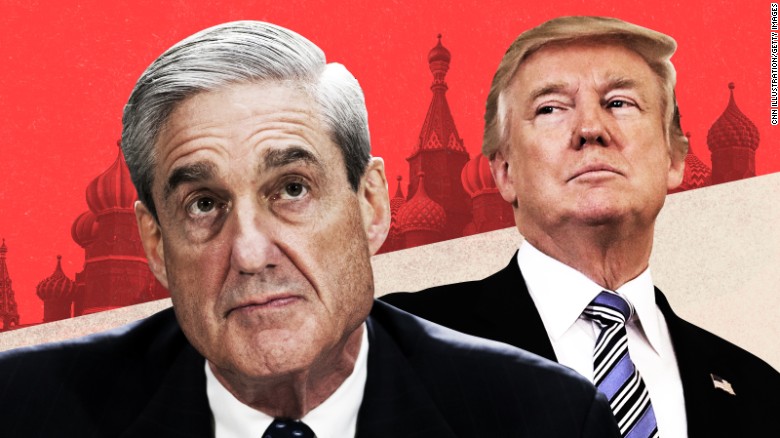 Trump-haters have been waiting a long time for the conclusion of the Mueller investigation, hoping that its findings could fuel an early exit for one of the most maligned presidents in history.   For them, Sunday’s “no collusion” revelation had to be a disappointment, almost certainly dooming the prospects of any attempt at impeachment, an effort that may have been difficult even if the results of the investigation had been different.  However, as someone who is not too fond of our president myself, I would argue that the results of the Mueller investigation are a good thing, and even though they all but ensure that the Donald will finish out his four-year term, they also give us the opportunity to dispose of this president the right way once that term has reached its conclusion.

I would feel differently if this investigation had produced the proverbial “smoking gun”—a piece of evidence so undeniably damning and unspinnable that even Congressional Republicans would have been forced to jump ship.  That piece of evidence was never found, and the fact that an exhaustive, nearly two-year long investigation couldn’t uncover it means that it probably doesn’t exist.  Russia may have tried to influence the 2016 election in favor of Donald Trump, but it does not appear that Donald Trump had any direct role in influencing that influence.

Mueller’s team was less conclusive about its findings in regards to obstruction of justice, suggesting that it was possible that the president had overstepped his legal authority in his attempts to impede and discredit the Special Counsel’s investigation.  But while it may be possible that the language of the statute could be twisted to fit the president’s actions, I think that it would be counterproductive for Congressional Democrats to move in this direction.

Donald Trump has been calling this investigation a “witch hunt” since the day the first collusion accusations were levied, and although I do not agree with the terminology, I have to admit that the president has been largely vindicated.  There may have been a lot of smoke, but at the end of the day, no one was able to find the fire.

This doesn’t mean that the investigation was uncalled for, but it does make the thought of charging Donald Trump for obstructing this investigation a little more troublesome.  Put it this way: Can you imagine how Trump would respond if the charges that are ultimately brought against him are charges that only exist because of his attempts to “obstruct” an investigation that failed to produce any evidence in regards to the alleged crimes that spurred the investigation’s creation in the first place?  Even if Congressional Democrats were able to pull this off legally, it would be a disaster politically, which would do much more to validate Trump’s “witch hunt” claims and energize his base than it would do to force him out of office.

Which is why Trump-haters must now officially shift their focus to removing Trump from office the same way that he got in—democratically.*

Forcing Trump out of office via a failed reelection bid is not only the last remaining option left for Trump-haters to achieve their ends, it is also the sweetest possible means.  The entire Trump brand is built upon his relentless crusade to convince the American people that Donald Trump is “winning”.  He is winning on jobs, winning on the border, and winning in the Middle East and North Korea.  He is winning against Congressional Democrats and Hollywood liberals, winning against treasonous former lawyers and deceased Republican Senators.  How satisfying would it be to finally see him unequivocally, undeniably lose in a free and fair democratic election.

It would be less than surprising to hear Trump try to spin that loss as something else.  We already saw him laying the groundwork for this in 2016 with all his talk of a “rigged” election, that is until he won.  However, to try this again in 2020 would seem way more like the behavior of a sore loser than that of a perennial winner, and would presumably be much less credible even to his base after his electoral victory four years prior.  Nevertheless, no matter how many people might bite on whatever BS excuses Trump might throw them, the results of the election would be the same—a Donald Trump loss.

The Mueller investigation is over.  The president is not a criminal, and even if he is, there is currently no way to prove it.  Assuming no new evidence surfaces, Donald Trump should rightfully serve out his next 22 months in office free from calls for his impeachment.

But the 2020 campaign is already heating up.  Nearly twenty people have already declared their candidacy, with many more considering.  Trump’s approval rating remains low, and Democrats have a real opportunity to nominate a candidate that is all the things that Donald Trump is not—professional, informed, thoughtful, humble—someone that can return dignity to the Oval Office.  However, if Trump-haters refuse to let the Mueller investigation die, and continue to reinforce the president’s narrative of a partisan witch hunt, I worry that that might be the narrative that voters choose to subscribe to in two Novembers, and if that’s the case, we would all be in for four more unimpeachable years.

*Yes, I am aware that Trump lost the popular vote in 2016, but c’mon, we all know how the electoral college works!!!

2 thoughts on “The Mueller Report: Trump exoneration should be good thing for Trump-haters”