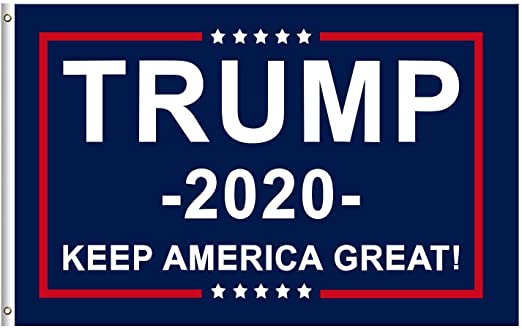 It was pretty clear after the first few days of school that a Trump Shop had opened up in the town where I teach.  From “Keep America Great!” hats and swim trunks to “Trump 2020” sweatshirts and COVID masks, dozens of students arrived to school decked out in election-year gear, undoubtedly hoping to trigger the snowflake teachers that run most of their classrooms.  Credit to the Trump team, I guess, for building a brand that’s hip, with it, and wow amongst a certain population of teenager trendsetters.  And while it’s true I’m dismayed by the fondness so many of my students have of our current president, I’ve also commented to colleagues that it makes it easier for me to identify the kids I need to target for political conversion.

Much like the title of this write-up, the last line of the above paragraph is a joke. I don’t want to brainwash students.  I want to teach students to think for themselves.  If a kid chooses to believe something simply because he presumes that it’s what I believe, then I’m not doing my job.

However, like a lot of good jokes, there is some truth to it—not in a political, “vote for Joe Biden or you fail my class!” kind of way, but in the way that so much of the essence of Donald Trump conflicts with the values that school buildings everywhere are seeking to cultivate.  There is no curricular conspiracy against Trump the president, but when it comes to many of the beliefs and behaviors that make up Trump the man, they are alarmingly antithetical to the values we want to instill in our young people.

Donald Trump is hardly the first president capable of being less than kind, but he is also uniquely capable of being mean.  The Twitter wars that have consumed so much of Trump’s time and energy during his presidency go beyond political mudslinging.  They represent the kind of mean-spirited name-calling that we have been discouraging in our children since pre-school.

Well before “Sleepy” Joe Biden, Trump has employed a laundry list of nicknames to mock his political opponents.  They’re “creepy”, “crooked”, “wacky”, “deranged”, “shifty”, “heartless”, “phony”, and “slimeballs” just to name a few.  He’s made fun of men for their small stature (“Little” Marco and “Mini” Mike Bloomberg), questioned the intelligence and mental stability of women (“Crazy/Low IQ” Maxine Waters and Gretchen “Half-Whitmer”), and continually insulted indigenous Americans with his use of the name “Pocahontas” to mock Elizabeth Warren.  They have a name for this kind of stuff in elementary school—it’s called bullying.

To be sure, Trump is also the recipient of his fair share of mean-spirited mockery, which should be discouraged, as well.  Especially those insults that have no place in politics like disparaging Trump for his physical appearance.  However, while cheap insults are to be expected from liberal comedians and late-night talk show hosts, they should not be the norm for the occupant of the Oval Office.  And in a school setting where we work hard to help students resolve their differences civilly, it’s not helpful that the conflict resolution modelled by a president whom so many students look up to is mostly made up of language that would land him in the principal’s office.

The current pandemic is a great example.  Like most Americans, I’m pretty imperfect when it comes to the practice of mask-wearing and social distancing in my personal life.  And while I’m a firm believer in the gravity of this virus and the necessity of these measures to limit its spread, I’m sure that in a school building of hundreds of professionals, there are those who are more skeptical.

Nevertheless, when it comes to our collective time on the clock, I have seen nothing but the utmost professionalism from my colleagues.  Mask-wearing, social distancing, and regular cleaning of hands and surfaces are employed in every corner of the building per the mandates and guidance provided by the state.  Even the students have been remarkable in their compliance with procedures that many of them question and none of them enjoy.  Sure, I’ve had to occasionally tell students to please pull up their masks, but overall, I’ve been extremely impressed with the willingness of young people to do their part to help keep our school opened during the pandemic.

Which is more than I can say for our president.  It took the president months to explicitly endorse mask-wearing—an endorsement largely undermined by all the skepticism he had already sewn about the pandemic’s severity.  While schools like mine are working hard to provide the safe, in-person learning that the president said he desired, the president is holding indoor rallies that violate state COVID-19 restrictions and have little-to-no enforcement in regards to social distancing and mask-wearing.  With that kind of leadership, it’s little wonder why the U.S. is the leading the world in both cases and deaths and why so many people in the U.S. are resistant to pandemic-related precautions.

Which is not to say that Trump’s task is an easy one.  The pandemic has left political leaders with the unenviable, lose-lose decision of either shutting down schools and businesses or risking the further spread of a virus that has already proven to be immensely lethal, especially to society’s most vulnerable. But when it comes to what many consider to be the president’s most important job, protecting the health and safety of the American people, and doing the bare minimum like encouraging mask-wearing, social distancing, and heeding the advice of medical professionals, Trump’s leadership has been abysmal.

One of the main skills I seek to cultivate in my Social Studies classroom is encouraging students to be thoughtful.  I want students to ditch their black-and-white worldviews and see the varying shades of gray—to interpret a complicated and complex world with the nuance it deserves.  Donald Trump is incapable of that.

Aside from colorful and creative insults, there are only a handful of adjectives that Trump uses with any regularity.  Everything is the “best” or the “most” or the “worst” or the “least”.  Things are either “good” or “bad”, “great” or “horrible”, with little room for a more measured in between.

There was a lot to be appalled by in Donald Trump’s early-August interview with Jonathan Swan of Axios.  People were rightly offended by his ineptitude surrounding the virus and his childish unwillingness to recognize the legacy of John Lewis.  But for me, the part of the interview that had my head most violently shaking in disbelief was when the subject turned to foreign policy (approximately 16:26-22:22).  The vagueness and imprecision in Trump’s language, his name dropping of countries like India and China, the boasting about his reading ability and meeting attendance—all of it left me with a complete lack of faith that this man understands the world complexly.

Which isn’t to say that I do.  I couldn’t begin to tell you about the religious and ethnic tensions that complicate the U.S. mission in Afghanistan, or the geopolitical forces that drive policy decisions about South and East Asia.  But I don’t think the current president can either.

And when you combine that with Trump’s complete and total lack of humility, that’s kind of scary.  Thankfully, the president almost certainly has a team of advisors that understand the world with far more complexity than he does, but it’s still pretty disturbing that the man ultimately making the final decisions has a worldview that appears so incomplete and simplistic.

Empathy is the ability to understand and share the feelings of another.  It’s being able to put yourself in someone else’s shoes and consider their perspectives and experiences, even if they don’t reflect your own.  It is an essential skill that students need in order to make evaluative moral judgments about things like justice both in history and in the present time.  And while empathy won’t always lead us to change our beliefs, it still has the power to strengthen and refine them.

It’s hard to imagine a less empathetic political figure than Donald Trump.  On the contrary, Trump seems unable to make any issue he comes into contact with about anything other than himself.  Just the other night at a town hall, Trump was asked whether or not he believes that there’s a “race problem” in America.  His response: “I hope there’s not a race problem.  I can tell you there’s none with me.”

Empathy and conservative politics do not have to be mutually exclusive.  It is possible to recognize the tragic plight of refugees while still advocating for a secure border.  It is possible to acknowledge the racism and inequities still experienced by black people in the United States while also questioning some of the goals and tactics of groups like Black Lives Matter.  But that’s not what Trump does.  Instead, Trump seeks to demonize, divide, and desperately cling to the disgusting blend of fear-mongering and racist dog-whistling that he hopes will scare enough white voters into giving him a second term.

I teach a lot about empathy in my U.S. History class.  We are constantly seeking out multiple perspectives in an effort to understand how experience and identity shape the way that people perceive history.  We look at the American Revolution through the eyes of the powerful, the disenfranchised, and the enslaved.  Manifest Destiny through the eyes of white settlers, Native Americans, and Chinese immigrants.  The Vietnam War through the eyes of the president and the public, the soldiers and the parents, hawks and doves in Congress, the Vietnamese in the North and the South, and the Hmong.

Studying these perspectives not only helps my students to understand history, it helps them to understand each other. It helps them to understand the different ways that we all perceive the history we are living right now due to the varying intersections of our experiences, our identities, and our current seat (or lack thereof) at the proverbial table.  Empathy is among the most important virtues we seek to instill in our students.  It’s just so sad that we have to work against the White House in order to do it.

I don’t think that it’s possible for education to be apolitical.  While objectivity is something to strive for, teaching as a profession is just too personal and too tied up in our values to ever be completely void of bias.  Even if it were possible to teach a curriculum with complete neutrality, the decisions about what to include in and exclude from that curriculum are also value judgements that are not neutral at all.

However, what I can say is that when it comes to American politics, my teaching does not and should not have any desired political outcomes.  The goal of education is not to turn students into Democrats or Republicans—it is to help them become good people.

Neither liberal nor conservative ideology has a monopoly on what it means to be a good person.  At my school, there are students from across the ideological spectrum that have the potential to be the kind, thoughtful, empathetic people we need to lead the next generation.  Unfortunately, teaching them that skillset also implicitly means teaching students to be very unlike the man whose name is emblazoned on so much of their merchandise.  If that’s brainwashing, so be it.

31 thoughts on “How To Brainwash a Student Trump Supporter”